The Cursed Forest region is filled with the undead. Many of the creatures that can be found in other areas are undead and rotting alongside spiders, mosquitos, and night stalkers. Despite having two villages, all of the humanoids are reduced to skeletons and banshees and provide neither blood nor potential servants.

The following bosses can be found within the Cursed Forest. 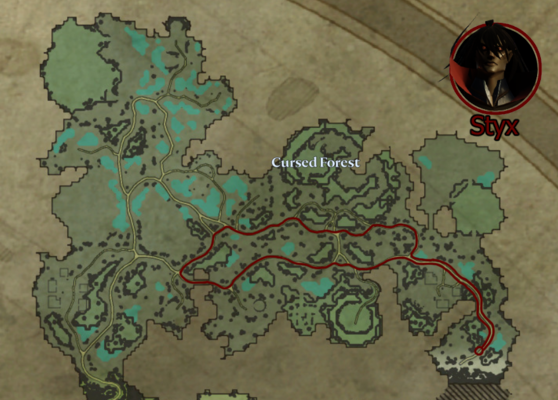 A single Vampire Waygate is available near the southern entrance to the Cursed Forest.